A sweet escape to the awe-inspiring haven of Ireland wouldn’t be completely fulfilling if you don’t get to see the top castles to visit in Northern Ireland. The castles in North Ireland were built around 800 years ago as medieval fortresses. But others are just modern homes or mansions which were patterned to the old castles. The greatest castles however were built by Normans who conquered England and Wales, and went to Ireland in 1169 to colonize the island as well. It has been said that “The greatest castles were the work of the ever-ambitious Normans”. 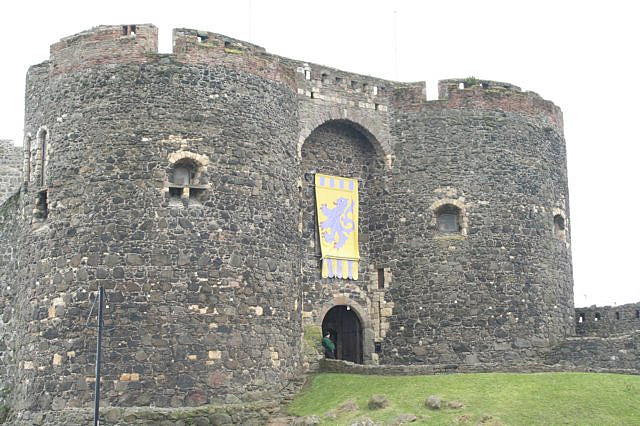 One of the most significant Norman-built castles in the entire Ireland is the Carrickfergus Castle. Built in the mid 1170’s, Carrickfergus is widely-considered as the most impressive among the castles in Ireland. It is remarkable because it represented the Normans’ military strength during the Iron Age. The castle was strategically built in a defensive location, used to be surrounded by the sea, and overlooks Belfast Lough on the east. The castle is marvellously constructed from rough-hewn stone and its structure is exceptional even to contemporary standards. Despite its fearsome look, this castle is not really gigantic to explore. It was besieged several times and was used to be a penitentiary over the centuries. Today, functions to accommodate tourists who enjoy the glimpse of medieval ambience with all the embellished waxworks of the castle.

Another remarkable castle in North Ireland is Dunluce castle. It was built on basalt crag surrounded by wild waves of the sea. And from afar, it looks as if it peeks from below the sea on the edges of the crag which makes a spectacular sight. To get to the castle you have to cross a bridge from the mainland cafe and coffee shop. It’s like the castle is from another era and space or isolated from real world, and it would be almost impossible to intrude from the sea to where it stands. The castle evidently manifests Iron Age strategic stronghold and protection before the times of the Vikings. Today, Dunluce castle remains under the protection of Northern Irish Ministry for the Environment. It is considered to be the most visited among the castles in North Ireland and is open the entire year with an entrance fee that is modestly charged.

Dunseverick Castle is also another noteworthy castle to consider exploring. It has a rich heritage to tell that is why it belongs in the category of top castles in Northern Ireland.  Although there’s nothing much to see on the castle because its remnants have almost completely vanished, the castle’s remaining stone walls create a romantic scenery with flocks of sheep grazing on green grasses overlooking the blue sea down the cliff. Founded well before Normans arrived in Ireland, Dunseverick Castle was the site of the fort during Iron Age. In 500 AD, it was allegedly visited by St. Patrick, it was attacked by Vikings in 900 AD, it was fortified by Normans after they invaded the island, it was held by McCain family in around 1600 who further strengthened the site, and finally destroyed by Cromwellian campaign from England in 1642 when they conquered Ireland. Today, it’s a common stopping point for tourists who travel along Causeway Coast of County Antrim and you don’t even need formal visiting arrangements nor do you have to pay entrance fees to visit the ruins of the castle.