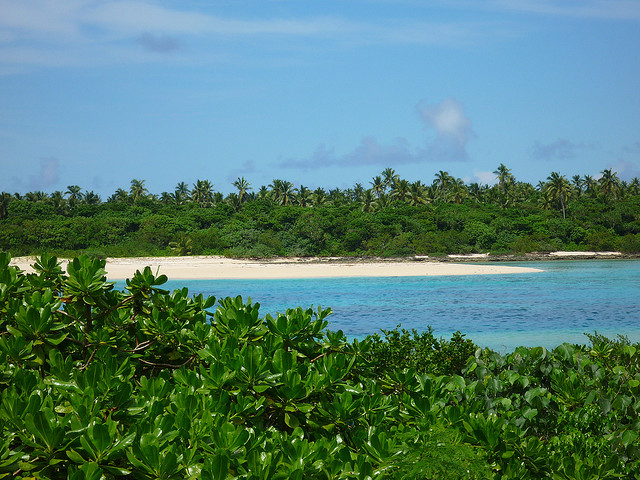 Tonga has had its share of riots but that shouldn’t stop you from visiting the top tourist attractions in Tonga. Its people are friendly and not once have they directed violence against tourists. In fact, the people are so nice that Tonga is called the “Friendly Islands” of the South Pacific. Below are the best sights and experiences this island country has to offer.

1. Tongan Feast refers to a traditional Tongan practice where a group of people – family, friends, or acquaintances – gather to eat their favorite dishes. A maximum of 30 various dishes may be served on pola or banana leaves. It is often accompanied by traditional music and dance on the background as well as kava, an ancient ceremonial ritual. Many local restaurants serve Tongan feasts but prior notice is required.

2. Whale watching is one of the top tourist attractions in Tonga. It’s something you can experience from June until November of each year. During these months, humpback whales travel to Vava’u so they could breed.

3. Nuku’alofa is the capital of Tonga. There are many things to look forward to in this city. First off is the Tonga Royal Palace where King Taufa’ahau Tupou IV lives. You can also visit the city’s Talamahu markets where a variety of fresh produce are sold. Or, you can drop by the Langafonua Women’s Handicraft Centre to get handmade items as souvenirs. The Royal Tombs is also one of the top tourist attractions in Tonga and it’s not too far from the city proper. It is a place where former kings and queens of the country were buried.

4. Sailing is a popular activity in Tonga, particularly around the Vava’u group of islands. Vava’u has a reliable network of waterways, peaceful islands, and a large natural harbour. The perfect time to go sailing in Vava’u is between June and November when humpback whales visit its waters.

5. Lavengatonga is best known for its limestone caves which are among the best tourist spots in Tonga. The caves feature long stretches of stalagmites and stalactites which continue for some distance. At the end of the caves you will find deep, freshwater pools. Lavengatonga is located 24 km from the capital.